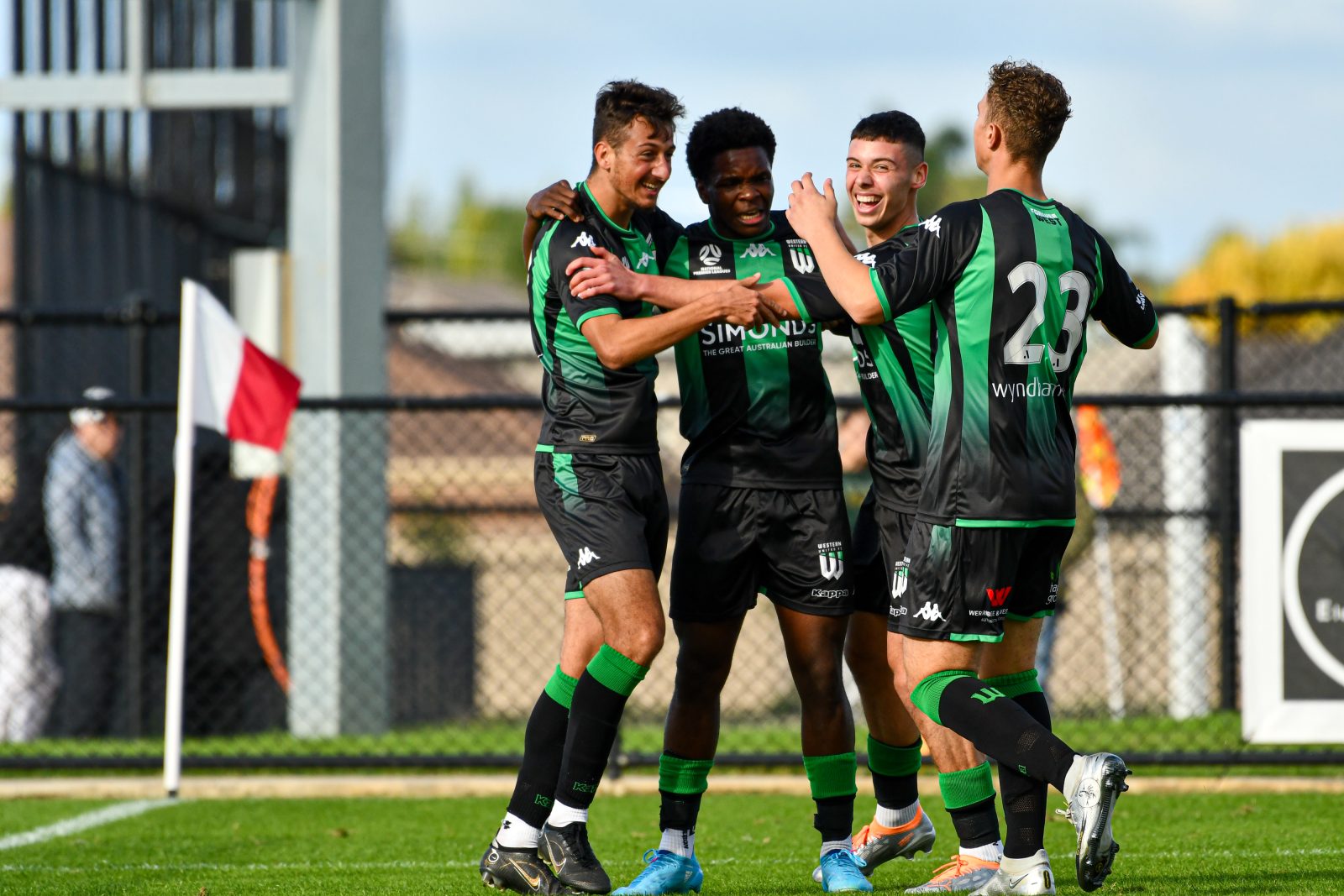 Just over a month after the A-League Men team played at Ballarat Regional Soccer Facility, Western United’s Academy sides will return to the venue to take on Ballarat City in Round 9 of the NPL 3 season.

It’s been over a week since the NPL side’s last took to the pitch, meaning the Western United Senior’s have had plenty of time to recover from a difficult evening last time out.

The Green and Black suffered a 3-0 defeat at the hands of Preston Lions in the previous match but will be looking to bounce back to remain within reach of the top three teams in the league.

The Under 21’s had no such troubles with Preston last Friday, with a Greg Siamoa hat-trick guiding the side to a 5-1 win.

The centre forward has been in fine form and Vaughan Coveny’s side remains in third place on the table, with Melbourne Victory and Melbourne City just in front.

Western United and Ballarat City met once in the 2021 competition, with big wins for both of Western United’s teams on the day.

The Senior’s enjoyed a 6-1 thumping over Ballarat City in late April 2021, owing largely to a Nicolas Milanovic hat-trick as well as goals from A-League Men scholarship players Jerry Skotadis and Adisu Bayew.

United had another solid victory in the Under 21’s competition with a 3-0 triumph, featuring goals from current senior players Abel Walatee and Zac Kocankovski.

Ballarat City have had difficult starts to the 2022 season in both competitions, with both their Senior’s and Under 21’s having only won twice each through the first eight matches.

The senior side is winless in its last five matches but had good draws against Box Hill United and Doveton SC during that run. Ballarat City currently sit third from bottom on eight points in the senior competition.

The Under 21’s have had a very similar run of form to start the campaign but had a particularly large defeat against Melbourne City in early April, going down 11-1.

They are currently in eighth place on the table but are actually closer to the bottom than the seniors are, having only accrued seven points so far this season.

Calder United looking for three in a row against Alamein FC

Fresh from two big wins in its last two matches, Calder United’s senior side will be out to make it three in a row when it plays host to Alamein FC.

A 5-0 win against South Melbourne last weekend will give Mark Torcaso’s team another boost heading into this clash against an Alamein outfit currently just one point behind Calder on the table.

After a difficult start to the season in front of goal, Calder has hit the net 11 times across the last two matches and now boasts the strongest attack in the league, one that will look to do damage again this weekend.

The Under 19’s have made a superb start to the campaign and will have a huge game on their hands as they meet Alamein, with whom Calder is level on points at the top of the table.

Both sides are undefeated with five wins and a draw in the opening six rounds, and this match will see the league’s two top scorers meeting in Calder’s Fiorina Iaria and Elise Cook of Alamein.