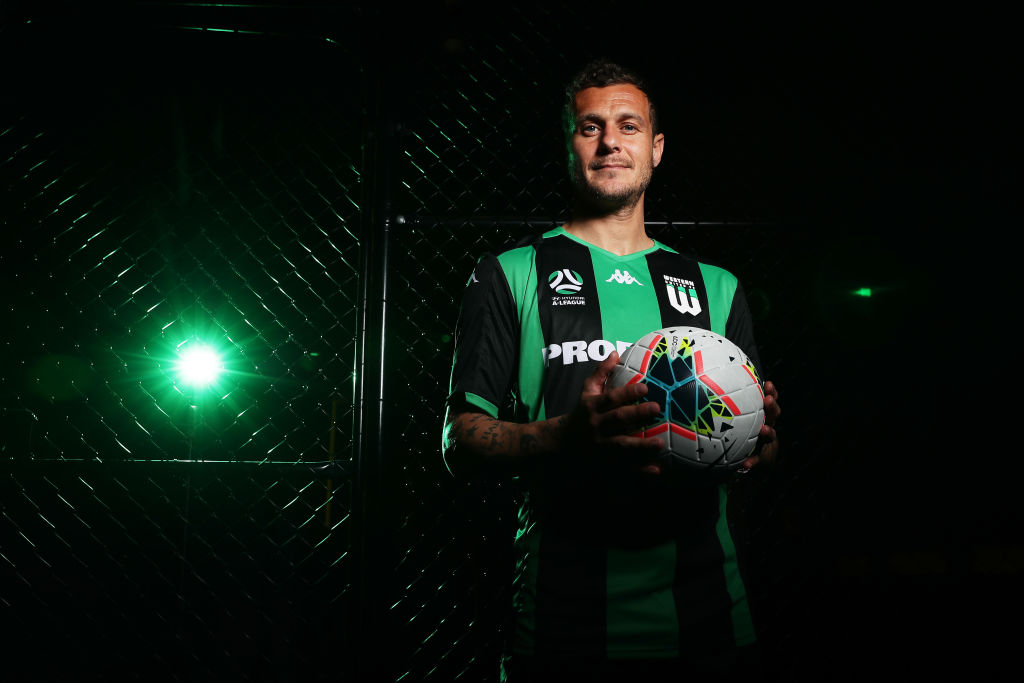 Western United Football Club today announced Alessandro Diamanti as its inaugural captain ahead of the club’s historic first game in the Hyundai A-League this Sunday.

Diamanti was announced as captain to the playing group by head coach Mark Rudan this morning.

Rudan said the former Italian international forward’s experience and leadership was crucial in his decision to hand him the armband for the club’s inaugural season.

“Since the first day of pre-season Alessandro has shown exceptional leadership qualities. He’s well-respected by all the coaching staff and the playing group.

“Having played at the highest level at both club and country his experience will be a positive influence on our club in our first season,” said Rudan.

“I am very proud. It is a big responsibility.  I will do my best for our club, our supporters, our staff,” said United’s new skipper Diamanti.

Western United’s inaugural captain won 17 caps for Italy and was part of their squad for the 2012 European Championships.

The classy Italian forward also played in the English Premier League with West Ham, while he was also part of Marcelo Lippi’s Guangzhou Evergrande in the Chinese Super League.

“We look forward to seeing him lead our playing group and represent the community of Western Melbourne with distinction in the Hyundai A-League.

Western United play its historic first official game on Sunday in Round 1 of the Hyundai A-League away to Wellington Phoenix.

WHAT YOU NEED TO KNOW

United’s first home in the A-League is Saturday, October 19 against reigning Premiers Perth Glory at GMHBA Stadium in Geelong.

Want the best-value membership in the Hyundai A-League?