Unfortunately you cannot view this website on the current version of your browser. Please either update your browser or use an alternative browser.

A new elite training facility that includes three pitches – two grass and one synthetic – with seating for 5000 spectators, will be built adjacent to our new home Wyndham City Stadium.

The facility will be jointly funded and developed by Wyndham City and the Western Melbourne Group, and Western United will share the facilities with the broader Wyndham community.

The facility will include a main grass pitch with 5,000 seats that will serve as the main training base for United’s A-League team and future W-League and girls and boys academy teams.

A second grass pitch, and a third synthetic pitch will primarily be for community use, building on the Club’s connection with the footballers and broader community of the west.

“Building the Western United Football Club and growing the game of football in the west has always been the ambitious vision of all involved in the project,” Sourasis said.

“This partnership between Western Melbourne Group and the Wyndham City Council is a ground-breaking initiative in Australia.

“The training precinct is all about the growth of the sport, the ability for kids to train close to their A-League heroes, and for football in the west to have a strong pathway from junior football to the elite level.

“There’s more kids playing football than any other sport in this country so we’re really proud to be able to build this amazing facility for the kids of the west.

“Today’s announcement is the first of many to come that will start to bring our vision to life. We can’t wait to see our fans at Wyndham City Stadium in the near future.”

Western Melbourne Group’s commitment to the project is substantive.

“We have spent in excess of $10 million on the planning application process so far, in addition to the near $20 million invested to secure our professional A-League licence,” Sourasis said.

“Today we achieve another milestone in our precinct development and for the people of the west.”

To date, Western Melbourne Group has completed all of the site investigations (including but not limited to, geotechnical, economic benefit, traffic, cultural heritage, flora & fauna, site services, infrastructure, etc.) required to develop a concept masterplan for 1160 Sayers Road North.

The concept masterplan, developed in collaboration with Wyndham City Council, forms part of a planning submission that has been submitted to the Department of Environment, Land, Water and Planning (DELWP) for approval.

The application is currently being assessed with an outcome expected in the near future.

Construction on the new precinct will commence in early 2021, to be completed by early 2023. 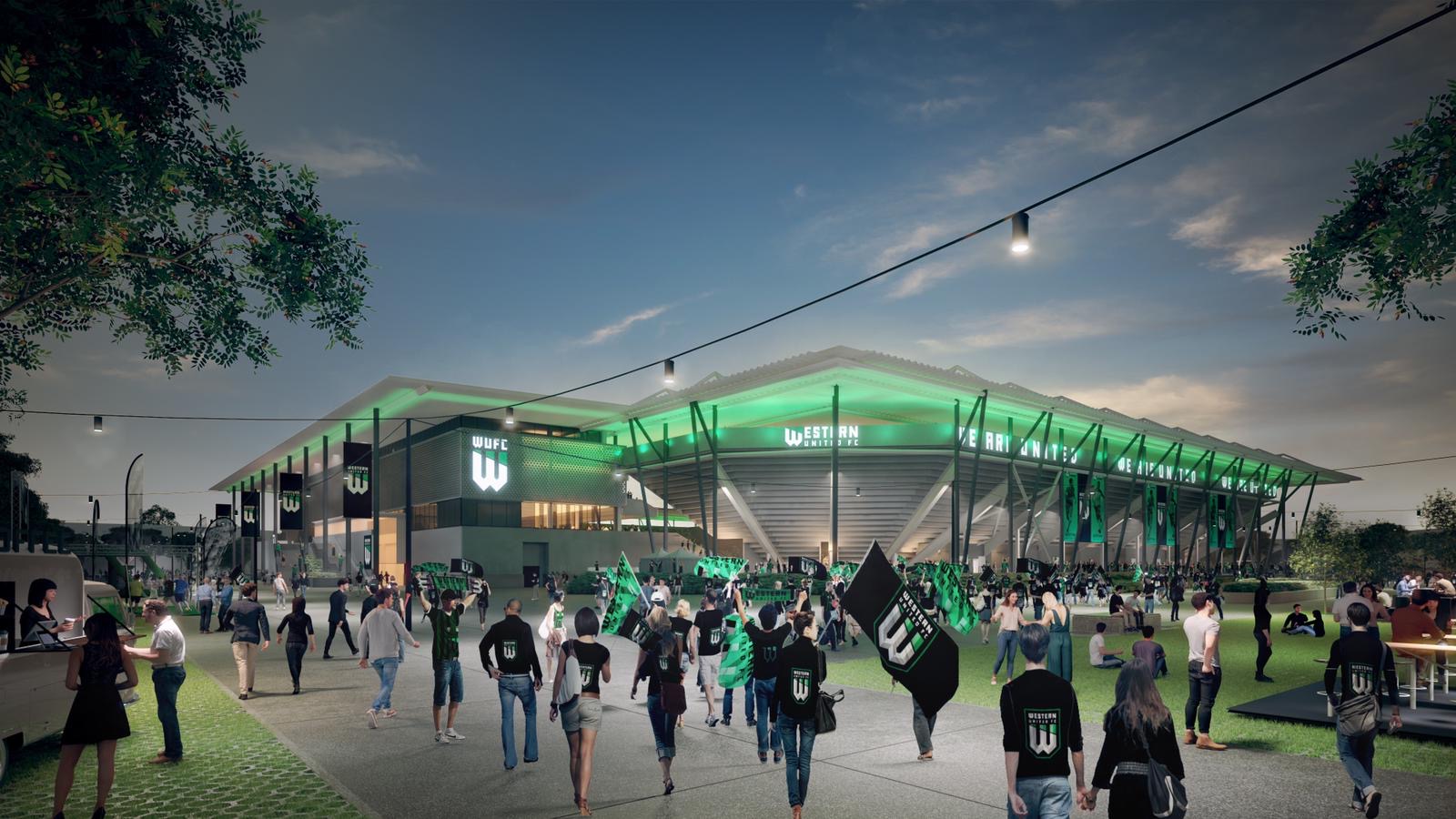