Josh Risdon: Finals football is what you want to play for 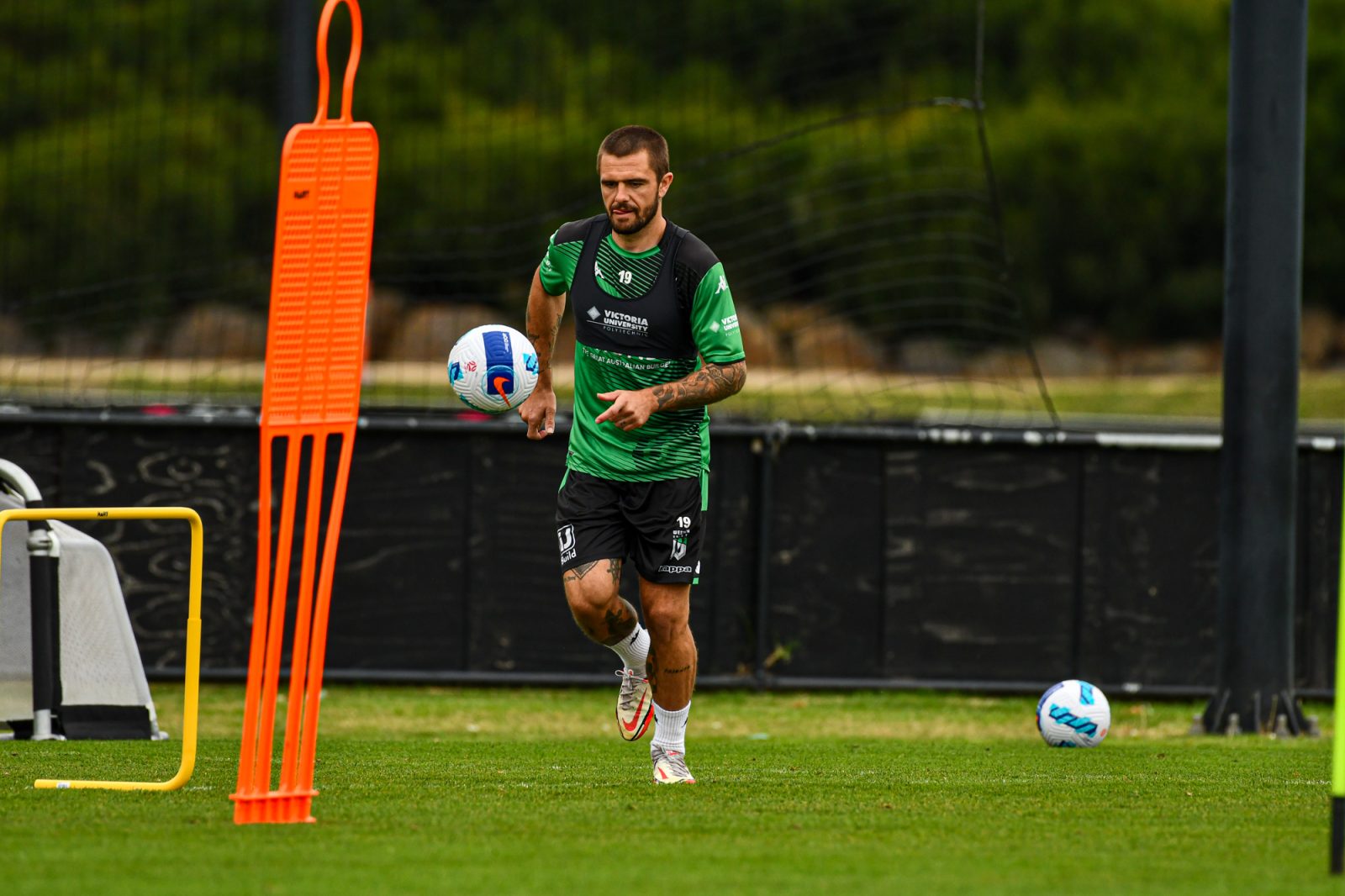 Western United vice-captain Josh Risdon could make a long-awaited return from injury in this weekend’s Elimination Final and will be relishing the opportunity to compete for silverware.

The 29-year-old played 17 matches in the regular season and was a key part of United’s campaign before going down with an ankle injury in the 1-1 draw against Melbourne Victory in March.

Risdon has now got himself up to speed in training and says he is ready to return if called upon by John Aloisi.

“I’ve been getting myself fit – I had a goal in mind to be ready for the Finals when I did this injury. I’ve been working hard, it’s been hard on the sidelines but I’ve got myself fit now and ready to go,” he said.

Risdon missed the majority of last season due to injury, making just two appearances, and he said missing more time was the most difficult part of this setback.

“The most frustrating bit was the fact that I missed all of last season through injury. I finally got my body right, had a good pre-season and started the season off well,” he said.

The right-back said he has been chasing down a spot in the Socceroos side and will look to remain healthy in his bid to return to the national team set up.

Risdon has a wealth of experience to call upon in the Finals, making 10 appearances in the post-season including a 90-minute performance as a 19-year-old for Perth Glory in the 2012 Grand Final.

He said the opportunity to play in the Finals is one he is always eager to experience, and he will be aiming to help United go as far as possible.

“I was lucky in my early days I played in a Grand Final for Perth Glory, and I haven’t played in one since. They don’t come around too often,” he said.

“It’s what you really want to play for, especially in Australia the Finals are the most important things in the season. In Australian sport, playing Finals is what you want to do and be there on the last day in the Grand Final.”

Risdon was one of a handful of members of the current squad that were at the Club in its inaugural year, where Western United played its inaugural Finals match in the New South Wales hub.

United’s No.19 admitted that was a different experience back then and highlighted the excitement of this being the Club’s first ever home final.

“We’re extremely happy and proud that we’re in another Finals series. To get a home final is great, it’s going to be awesome on Saturday night at AAMI Park,” he said.

“We haven’t been there for a few weeks which will be nice, hopefully we can get a nice big crowd, our fans have been great all year so hopefully they can show up on Saturday night and we can get the job done.”

As many others have throughout the season, Risdon also shone a light on the overhauling of the Club culture that has been brought about by John Aloisi and the entire playing group this season, and said that will be crucial as the side heads into the high-pressure nature of the Finals.

Western United’s first ever home final against Wellington Phoenix is set to be a cracker. Tickets are now on sale, grab yours to be a part of Green and Black history and show your voice to drive the team to victory.