Kids Finals t-shirts and posters available for free on Saturday 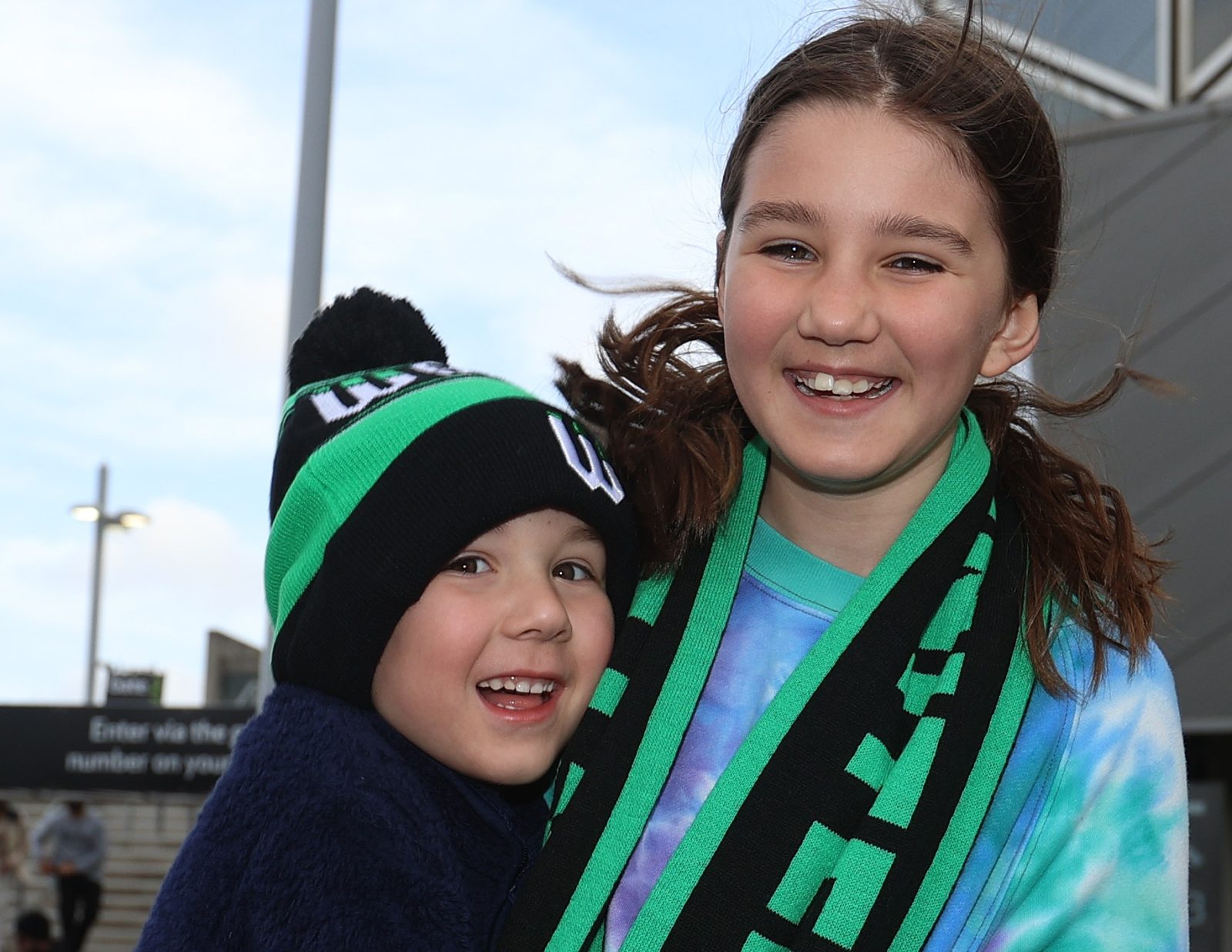 Western United fans will have the opportunity to own commemorative pieces of Western United gear with any merchandise purchase at the Elimination Final against Wellington Phoenix on Saturday night.

Every purchase made at the merchandise stand inside Gate 2 at AAMI Park will be accompanied with a commemorative kids Finals t-shirt and special posters will be available to everybody around the stadium.

Western United’s youngest and most passionate fans for the future will able to have their very own piece of history to mark United’s first ever home Finals match.

The t-shirt will be in Western United’s classic bold green colour and be emblazoned with the Go Harder tagline with which the Club will run its entire Finals campaign.

That slogan will also feature on the poster with a series of images remembering the best moments of what was a record-breaking 2021/22 A-League Men regular season.

Western United achieved its highest ever finish on the Isuzu UTE A-League Men ladder on the back of a club record number of wins and points won across the campaign.

International stars and Australian talents alike have contributed to a stellar season for the Green and Black, with plenty more to come in the Finals series.

The Green and Black faithful have been behind the Club since the beginning of the campaign and will continue to be a vital element of what the side hopes to achieve in the month of May.

This Saturday’s meeting against Wellington will be Western United’s first ever home final in front of supporters, and the Club is boosted by the spectacle of seeing AAMI Park awash in Green and Black.

The support of the Club’s loyal fanbase has carried through this memorable season and there is still a little bit more to go.

Book your tickets now, grab some merchandise and your exclusive commemorative pieces as you prepare to spur the team on to another famous victory. Kids t-shirts are available from sizes 8-14 and will be limited to the first 500 merchandise purchases.

Be loud and proud for the West, and get ready to Go Harder in the Finals.